Sorry that I haven't posted for so long. School has really put a damper on my posting! I did get a 4.0 for the summer semester, so I'm pretty excited about that! Well, I'm going to tell you a little story about a boy and craigslist. This boy's name is Jaran. He is now obsessed with craigslist. He found some campers online and decided that we really needed to get one. We were in touch with a few different sellers, and finally decided upon this beauty in Colorado: 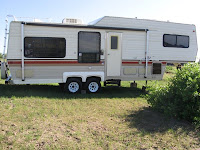 And here is what the inside looked like before the boy unleashed his awesome remodeling skills: 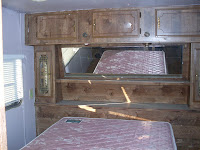 This is the upper bedroom 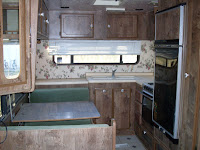 Close up of the kitchen region 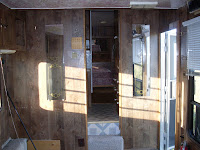 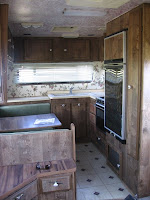 a wider shot of the kitchen area
There was painting, carpeting, vinyl flooring, tongue and groove and a lot of small things to be done. Taking all the faces of the cupboards off, all the knobs and hardware off of the cupboards, taping and things of that nature were very time consuming. 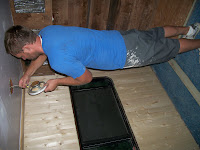 First order of business was ripping old carpet out and putting in a new subfloor, but this is up in the loft where the bedroom is after Jaran put the tongue and groove on the walls that had water damage. 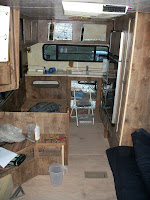 The floor and the mess 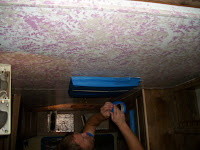 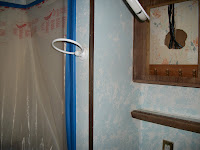 Blue and white camo in the bathroom... and the awesome wood paneling that is in all the camper 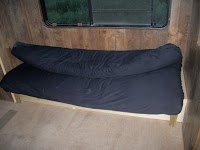 There used to be nothing here. Jaran fashioned a way to make a couch that pulls out into a bed... and we got a futon mattress for it... we will make some cushions later on when we have time. 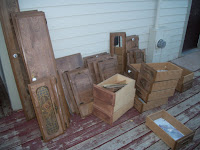 The plethera of cupboard faces and drawers 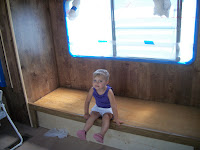 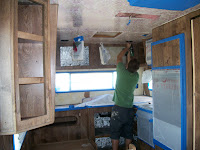 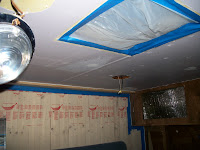 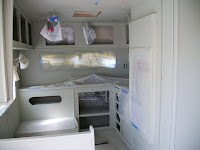 Primer in the kitchen 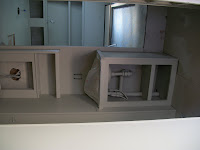 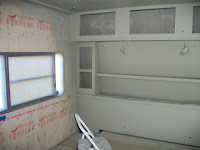 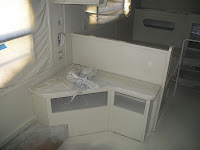 getting the paint on 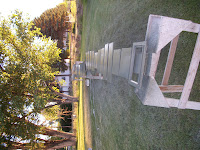 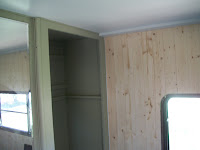 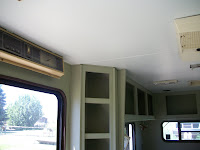 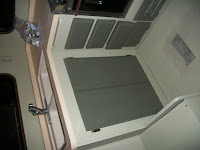 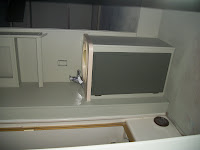 With the cupboards on 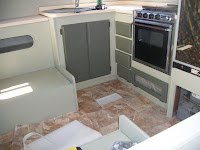 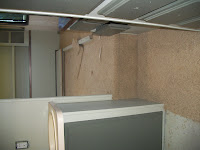 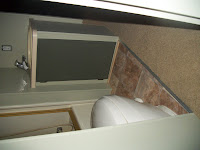 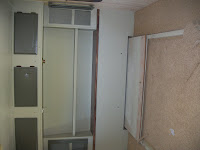 The Bedroom
And that's it folks. I'll post more about our summer later. Take Care!
Posted by jsmbbaker at 8:56 AM 3 comments: