Spoiler alert and Happy Thanksgiving to all!

If you've seen "TWILIGHT" then you may keep reading. If you plan on seeing it and haven't gotten there, come back and read this after you're done.
I was lucky enough to go to the midnight showing of the movie in Billings. Mind you, I was still on my NKOTB high, so I was thinking that the movie would, perhaps, take my obsession with men in their mid-late 30's away. Alas, it did not. I am a stickler for details, and there were so many things that were changed in the movie that I was irritated, sad, mad, hurt, and so many other emotions. I decided that I needed to go to it again, so that I could try and watch the movie for what it was, instead of spending the whole movie thinking how it was leaving important details out and changing things that were so much better the way they were in the book. So I went tonight, and I dragged Jaran along with me, and we brought Amanda with us too. I didn't comment on it to him, and only made a few comments to her. It was so much better the second time! When I just watched the movie and didn't think too much about the book, it was actually a decent movie. Don't get me wrong, I still have my issues, but, for what it was, it was alright.
Now to get to the fuming part. WHY DID THEY CHANGE SO MUCH!?! So many things didn't make sense unless you read the book! For example... they didn't talk about the Volturi at all, they didn't mention that Jasper can control emotion, they left out so much of the build up to Bella and Edwards relationship! What about when they go back to school and he listens through Jessica's thoughts... and "watches" her in gym class... what about when they do the blood testing? And why in the HECK did they change so much about her figuring out what he was? She is supposed to find out from Jacob at the beach, go research on the internet, and have it figured out by Port Angeles! Then they talk about it on the way back home! And they left out the HUGE build-up to the meadow scene. IRRITATING! grrrrr... there are so many other things that I could point out, but I need to stop and calm down, and realize it is fine. I am just hoping that they do a better job on the next screenplay. Keep it more like the book. I wonder what Stephenie thought of it, and if she felt a bit betrayed by all of the changes.
Anyway- we are in Utah for Thanksgiving, and we are loving being able to hang out with Jaran's family. I really love being around them, and it makes us both want to move to Utah. Not just to be around family, but being able to drive 2 minutes to shop or go to a movie or the temple... or buy underwear if you need some! Ha ha ha- maybe someday I will be able to buy underwear in the town I inhabit! We are going to go and watch Zak wrestle tomorrow, which I am SURE the boys are going to love! We have been thinking about taking them to the children's museum thing and the aquarium or something. McKie is OBSESSED with Lizards, so we have already taken him to petsmart to look at them. I think we'll probably get him one for Christmas... he will be so excited! I am also pretty pumped for all the places I will be able to go on BLACK FRIDAY! Woo hoo!!! Well folks, I'm out. Happy Thanksgiving and Take Care!

PS- Did anyone else think that Bella was not a very good actress? She hardly changed her emotion from mad to happy to elated... and she eneded every sentance in the same way!
Posted by jsmbbaker at 10:49 PM 5 comments:

The best NIGHT of my life!

PS- I am not going to re-read this to make sure it makes sense or that I said everything right... I will make more sense in a day or two when I have come down from my NKOTB high... and my sickness(I have a HORRIBLE cold) goes away... so enjoy the madness! (We had better seats that the person who took this video!!!) Don't forget to pause the AWESOME NKOTB music on my playlist! 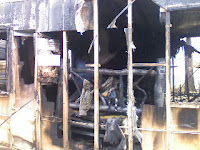 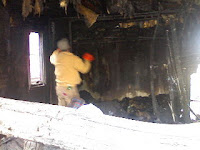 I just wanted to let you all know about my Dad's fire. It burned his whole house down, but they weren't staying there yet, as the plumbing wasn't finished. They were about four feet away in a camper, and tried very hard to get it put out, but just couldn't. So they lost pretty much everything! We are trying to go throught the ruins to find the smallest thing(those of you who know my Dad will either be laughing at this or crying) but there isn't much left to find. People have asked what they can do. All we can ask for is prayers! They lost a lot, but they are still with us, and that's what matters. Shelly has almost no clothes and dad lost almost all of his nice ones. He has NO more suits or dress clothes, and they both only have one or two pairs of shoes. So if anyone would like to help- those things are needed, or they would appreciate anything you can do to help! Thank you all!

And the winner will be... and overload of pics

I think that just about EVERYONE voted for this one, and I think it's pretty darn cute, so this is the one! Erika(and anyone else interested), any vinyl is $.10 per inch per letter. So if you want something that is 3 inches tall it's $.30 per letter. So say you want it to say FAMILY... that would be $1.80. You get the picture? Yes we see... that's when I fell for... the Leader of the pack! HA HA HA... sorry, I couldn't help myself. All other Leader of the Pack Alums will know what I'm talking about! 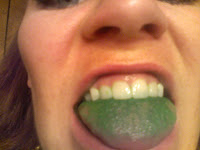 Decorating cookies... a glob fell onto the table so I quickly scooped it up, popped it into my mouth, and realized there was a bunch of food coloring in it... my teeth are also green, kind of hard to see! 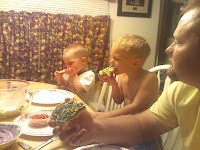 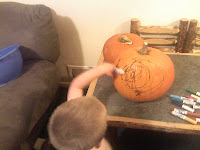 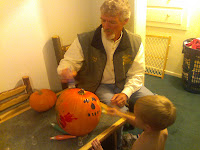 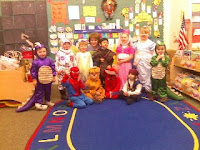 This is Kies' class... I helped with the party 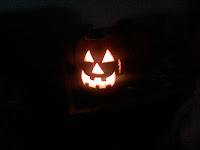 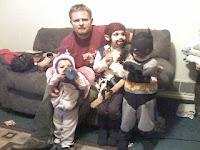 Daddy and the kids on Halloween night 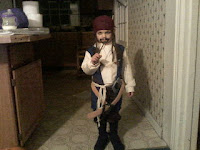 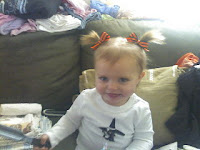 Ansleigh and her Halloween bows 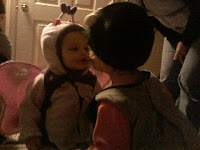 Ansleigh and her cousin Brittly just after kisses 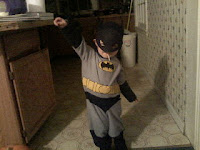 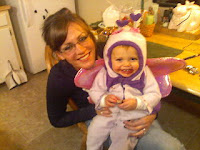 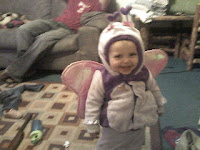 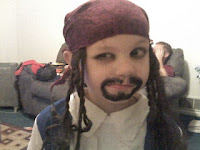 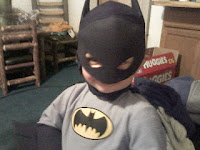 Jaran had a little accident at work and hurt his eye at work and is having problems with it, so everyone say a little prayer for him. We are hoping it won't be permanent, so we appreciate all of your thoughts!